Just a gentle shove, a genuine mistake this time. She just forgot the ‘new way’ briefly but she does that a lot these days.  Forgetting.

I’m gradually being accepted and treated like a part of the family, our family, again. We were so young, far to young to be taken from our natural mum. We couldn’t stay, stay and thrive though, not with how things were. So were adopted and brought here.  A lovely home, much bigger than ours but then we had only known our mothers arms ….. briefly.

I’m still not sure if it was truly an accident the night my brother, Eric was found hanging to within an inch of his life.  Maybe he climbed so high, deliberately.  Maybe he had not ‘slipped’ so his neck was being slowly crushed. They saved him that night. Then there was the night of his mysterious accident a few months later.  Missing for almost 3 days, searches had started, he was so young you see.  I think it was around midnight when he arrived on the doorstep, covered in filth and with what we later discovered to be multiple fractures including his pelvis.  Looking back I think that’s when things changed.

I seemed to start to be in the way a lot, under her feet she used to say.  Of course she would always apologise and say how much she loved me after the ‘accidents’. Kicked me off my feet at times I remember. Strange how Eric was involved in far fewer accidents than me. Don’t get me wrong, I wasn’t resentful.  It wasn’t his fault after all.

Suddenly she started to be home more.  No longer left all day to fend for ourselves. Days, then weeks turned into months and now years.  Finally she was getting to know us more.  The accidents became less.

Eric of course fought to kept up the dominance he had so slyly achieved. He didn’t like the ‘new way’ too much at first.  The cuddles, the treats he had to share.  I was getting noticed, it filled me with joy.

Neither of us knew how poorly she really had been of course. You don’t see mental illness like a broken bone or a limp do you.

Would you want to hear more?  ALL critique welcome.

I am delighted to say that today I have at last secured a place for myself on a Mindfulness course starting in May.  I can’t wait!  Having done a lot of research and reading on the subject I look forward to having a bit of help to actually be able to implement what it teaches me in my life.  I am ready……………!

Blank or just total useless rubbish rattling around.  Its so hard to stop, to clear completely. Distractions, a new noise, a different bird song, sudden bang or just me….watching, looking at myself trying to slow this crazy mind of mine.

Concentrate, try to remember, only hours ago you flowed and swirled with thoughts, ideas, brilliant plans and chatter oh yes so much happy chatter. Now……..blank.  Now when it matters, when theres time and quiet……just blank.

So many times as I look at them and say I have memory problems and they nod, sometimes smile kindly, pause……..then give me instructions or tell me something important.  Why don’t they listen and I mean listen.  I do not choose not to remember. They say ‘oh yes that happens to me all the time’ or ‘oh well, were all getting older, ha ha’.

NO you don’t know how it feels, what its like ALL the time.

Ive lost so many precious memories.  Just disappeared from my head or maybe locked away until just before my dying day, waiting to fleet across my mind.

I do no have dementia, I have not had a blow to the head or an illness known to cause such issues.  No label, you see ~ just me.

Almost 3 years but finally I got to see the rheumatology department after so many other consultants/specialists and the conclusion, without boring your rigid, is Fibromyalgia with differential diagnosis of MS, osteoarthritis, trigeminal neuralgia, cognitive/memory issues and anxiety they keep saying I suffer with although I dispute that one!   I was already well aware of most and re the fibro, well I suspected that too.  How weird it is to somehow feel better with the diagnosis. I feel I can now move on, as if being ‘labelled’ validates my head stuff?  I so know thats not right but hey ho, does it really matter … I think not actually.

Ooh my words are not yet flowing but it will come, I am determined!  Photo just a random one when a lovely rainbow appeared outside our front and I love rainbows so please indulge me.  To me it represents the brighter future I now have…… I just need to convince myself its all real as my ‘reality’ is so stuck in the bad old days I think?  Days I must have got so used to, that became my whole being I suppose because the now, my future is positive, good and could even be fantastic IF I can get un stuck?  Disbelief?

What am I waiting for, what is going to push me, I’m wasting precious time…. unable to move forward……stuck.

I have managed to start my little shop on Folksy ~ Yay!!

Only two items at the moment but few more to add when I can.  My hands despite ongoing operations seem to be giving up the ghost at an alarming rate.  Someone has put their foot down on my ageing process with no real reason it seems.  Osteoarthritis and fibromyalgia are being blamed but I have to wait to see a Rheumatologist for confirmation on the fibro front.

So although I managed one successful craft fair a couple of weeks ago, my planned and booked ones I have had to cancel because of my hands and wrists. What to do then with all the bits and pieces I have slowly and carefully made?  Well, I like the Folksy site, so far anyway, so am having a bash with them for the time being.  Ebay costs have spiralled and the performance of their actual site seems dreadful these days.

Just wanted to get some sort of post on my blog as I have not for ages and the Folksy shop pushed me to share.  Who knows if I will make any sales, only time will tell.  I’m of the opinion that if its meant to succeed it will in its own time.  If it fails……well at least I gave it my best shot and move on to something else.  Still got my positivity and calmness! 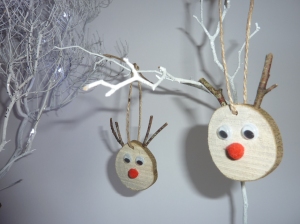 I must have been about 3 years old in this photo, sitting next to my big brother who would have been around 7yrs old I guess.

Mum would have known but of course as you know I can no longer ask her.  There have been so many things already that I needed to ask her since she has passed over but of course this is now impossible.

To me this just emphasises her loss but I am managing well and know she would be proud of what I am at last becoming……..contented, happy and a teeny bit successful even!  Yes I eventually managed to attend my first ever craft fair as a seller, selling bits I had made! Years I have promised myself this year I would do it but for one reason or another (usually health related) it did not happen. Saturday at 10 am prompt the doors opened and I was pretty nervous I have to say.  Very scary wondering if anyone would like what I had made and further, would anyone actually want to buy any of it?  Midday arrived and I could hardly keep up with the enquiries, the compliments and yes even some sales!!!!  It has taken days to actually sink in to be honest but I have immediately booked up for another this Saturday and very much hope to attend one each weekend until Christmas.  I realise next week may not be so good or it may be better.  Who knows, none of us but the confidence boost it has given me to even put myself ‘out there’ is immense.  Yes Mum & Dad you would both be very proud ……. as indeed I am of myself! 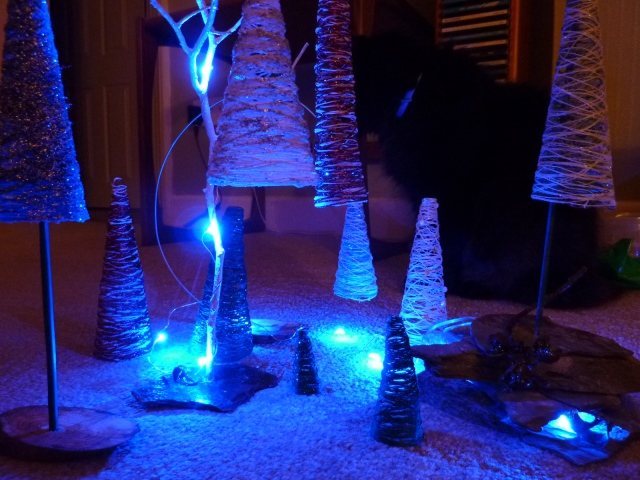 I’m also now on the precipice of having a go at selling online, maybe through Facebook or Folksy or even both?

It has been a long while since I have published on here.  For many reasons, not least being that I have been going through the ill health retirement from work.  I am now fully retired and its pretty weird tbh but Im getting to make the most of it the best way I can and making a happy busy life for myself now without the 9 to 5 as it were.  I am finding that setting a routine and schedule are most important as it is all too easy to sit back and just wonder at what will be.  I want to be successful in my own right and I am just starting the road to hopefully gain that achievement.

I hope some of my ‘old’ followers will come back and find my posts interesting as before.  There are so many new topics I would love to write about and discuss with readers.  Synchronicity I have just stumbled upon and WOW it fascinates me.  I relate to it so much.  Anyhow for now I just wanted to get this ‘I’m back’ post out there and lets go from here shall we?

Little girl sings to her grandmother……………………

brings tears of joy to my eyes 🙂

does the darkness take hold when Im alone?